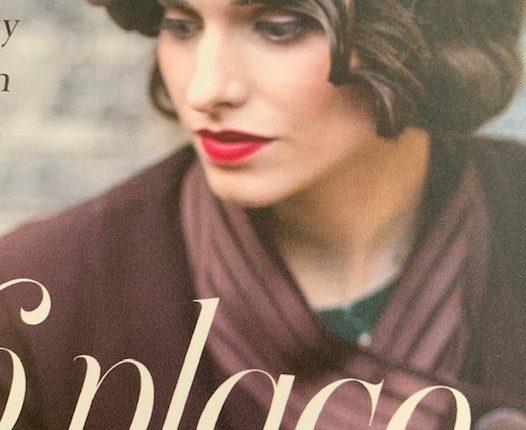 ‘No Place to Lay One’s Head’ by Francoise Frenkel

This story is very moving. Like Patrick Modiano, the Nobel Laureate who wrote the Preface, I also felt as if I was reading a letter “from an unknown woman”. It was written not long after the author escaped into Switzerland with the harrowing events and personal ordeals still fresh in her mind.

The story was lost for years until an original 1945 copy was unearthed at a Nice jumble sale. Thankfully this missing ‘historical treasure’ was reprinted in 2015 by a French publisher and translated into English in 2017. I think it is an important historical document.

The author Francoise Frenkel was a Polish-born Jewish woman whose love of books and French literature led her to open a French language bookshop in Berlin with her husband after the First World War. Her shop attracted a diverse well-heeled clientele primarily from the academic, diplomatic, aristocratic and educated classes.

Everything went well until the mid-1930’s when Nazism gained momentum and nationalistic fervour saw foreigners treated with suspicion and disdain.  New rules and regulations made it harder and harder for businesses to import and sell foreign goods. So, a shop selling imported French books faced difficulties. Amid customer protests, Francoise was eventually forced to close her bookshop with customers saying it was:

“the only place we’re able to come to rest our minds.”

I was touched by the loving farewell to her books: when she:

“heard an infinite delicate melody coming from the shelves and display cabinets – from wherever the books were playing out their mysterious life – it was as if it was the voice of poets, their fraternal consolation to my great distress – offering their farewells.”

This was 1939 just before the declaration of war.  She was the 50 years old and ‘escaped’ to Paris, probably thinking like many others that she would be perfectly safe. How wrong she was once the Germans invaded and took control of the Government.

Despite setting up the bookshop with her husband Simon Raichenstein in 1921, she fails to mention him in her writings apart from one reference to “We” that I saw. Simon went into exile in France on a Nansen (or Stateless persons) passport in 1933 leaving Francoise to run the bookshop alone.  Maybe they had separated. He was rounded up in Paris in 1942 deported to Drancy and died in Auschwitz, Poland.  His story was probably one worth telling also.

The reason why she wrote the book is explained in her moving Foreword which she wrote on the shores of Lake Lucerne between 1943-1944.  She says there:

“It is the duty of those who have survived to bear witness to ensure the dead are not forgotten, nor humble act of self-sacrifice left unacknowledged.

May these pages inspire a reverent thought for those forever silenced, worn down along the way or murdered.

I dedicate this book to the MEN AND WOMEN OF GOOD WILL who, generously, with unfailing courage, opposed the will to violence and resisted to the end.

Dear reader accord them the grateful affection deserved by all such magnanimous acts!

In my thoughts, too, are those Swiss friends who took my hand just as I felt myself sinking, and the bright smile of my friend Lie, who helped me continue to live.”

Her story is a tribute to all the generous and fearless people who helped her at great risk to themselves.  It is also a testimony to the horrific events she witnessed and experienced;  the build-up of Nazism and its spread throughout Germany in the early 1930s,  the declaration of war in 1939,  the German occupation of France in 1940 with the terror it brought upon the Jewish population and then the French collaboration with the Nazis.

I liked the way she didn’t dwell on the negative aspects of her experience. There’s an abiding sense of gratitude that pervades her writing coupled with a grace and elegance that is engaging.   This comes through especially during the lighter moments of her ordeal such as the bungled “marriage of convenience”, her descriptions of the beautiful weather, the scenery and her observations of people going about their daily lives.

There are so many questions and themes that we can ponder after reading this book: